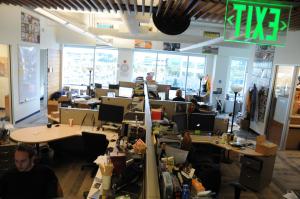 A person looking to become a software developer would ideally have a bachelor’s degree in computer science or engineering. If that is you, then you can go ahead and skip to the section about programming languages. However, if you don’t have such a degree and getting one is not feasible then you need to learn about programming and other related skills on your own. With the continuous increase of online courses, programming bootcamps, and coding schools, becoming a software developer is easier than ever before. While none of these approaches teaches you as much as a computer science curriculum, it will teach you the necessary skills to get started, focusing strictly on what you need to learn to start coding efficiently. Some of these programs also help you get a job by referring you to employers looking for entry-level software developers.

A computer science degree is not always necessary

Most companies list a computer science degree as a requirement for a software developer position, but in reality they just want someone with great programming skills, a can-do attitude, your drive, and your desire to learn! Another important step to become a software developer is to learn specific programming skills, and stay up to date with technology.

After you have learned a programming language or two you still need to learn about other things that developers use every day. For example, it is necessary that you learn about source code repositories, version control systems, and source code editors or integrated development environments (IDE) which include many of the tools that you need to design, develop, compile, test and deploy software.

What programming languages to learn

I have good news about this, programming is one of those skills that if you have the motivation to learn it, then you will. Many people today are working as software engineers without a computer science degree and that is OK. Many software developers are self-taught and many others are people who choose to change careers and either learned by going through online computer classes or attending in-person code bootcamps. Below is a list of resources that I recommend you look at if you are serious about learning to code and become a software developer:

There are also programming bootcamps and coding schools that you can attend in your city, just do a search and you will more likely find one of these coding schools in your area.

This is a topic that I will write about in more detail in an upcoming post. In the meantime I can recommend getting some exposure and experience by creating your own software project from scratch to challenge you to use what you learned. Also, take a look at open source projects out there and consider contributing to at least one of them. This helps you not only to work with a real project but it also exposes you to reading code written by talented developers all over the world. There is also the added benefit of collaborating with other developers all over the world which is always fun and a good learning experience.

Below is a list of some websites where you can find open source projects that you can start looking at, playing with and even contributing to today:

Becoming a software developer is not an easy task, but it is also not too difficult if you have the drive and the motivation to do it. Also the earning potential is greater than many other careers and the fact that you can get a job without a specific college degree and learn it in a relatively short period of time is really great and an awesome opportunity.

Do you like this article? was it useful? please subscribe to our newsletter to inform you of new articles, news, events and to know that YOU are out there!

This site uses Akismet to reduce spam. Learn how your comment data is processed.