This is the time of the year when we all feel an opportunity to start fresh and finally get to do the things that we’ve been wanting to do for a while. These commitments range from the most common ones such as lose weight, eat better, drink less alcohol, improve finances, etc…  to some others that apply only to us geeks.

In short, a new year’s resolution is nothing but a to-do list for the first week of January. Let’s change that. 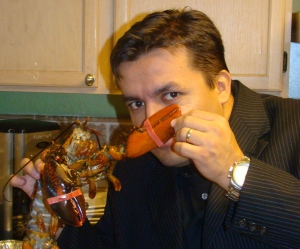 dinner in new year’s eve and it made me think… do I really want to say the same thing as always? you know, to lose weight or learn a new language… so after about 10 seconds I responded, my new year’s resolution is to have resolutions for every day, every week or perhaps every month, whatever works best, “short-time resolutions” instead of one or many year-long resolutions. The idea is to break that long-term goal into daily or weekly sized goals, it is easier and it makes it a measurable goal.

Having daily or weekly goals allows you to actually complete them and get those small victories at the end of each day or week, it keeps you motivated and in track towards that main goal, your common new year’s resolution goal. For example, instead of just having a goal about learning ruby on rails, try setting a daily goal like watching one ruby on rails screencast per day and maybe creating a simple CRUD application a few weeks after that. Having specific short-term goals like this works for me and it might also work for you, it is worth a try.

That’s it. No big plans. Nothing complicated. Let’s make it happen one little goal at a time.

I understand that this might not work for everyone, but then again you don’t know until you try it. And stop worrying about the big goal, the long-term stuff, focus on today, get the little things done today and everything else will fall in place. I don’t see the point about worrying for things that either already happened or that probably are going to happen in the future. If all you can do about those things is worry, then forget about it, concentrate on what you can do today. It is a waste of energy, let’s worry about those tasks we have for the day and as long as you do it right every day, every week, the results are going to show up sooner or later.

In summary, I really believe daily goals are the way to go, it is nothing but baby-steps toward that big goal of yours. Whatever your big goal is, starting a new company, learning new programming languages, finding a new job, starting a blog, etc… just take the risk, let’s change the world one task, one day at a time.

I wish you all a very happy, productive and safe year, let’s crush it, one day at a time!